You can whip in your own choice of added ingredients or finish off topping with some chopped scallions, parsley, bacon, anything to your hearts content. Actually, I only sprinkled on the chopped scallions for the photo color pop though some finely chopped scallions really do bring a lovely little bite of crunch to the flavor.

These Twice Baked Potatoes simply reflect the old fashioned style which when you think about it, really doesn’t require a lot of embellishment. Creamy potatoes beaten with butter, some hot milk, a touch of sour cream and shredded cheese are a tasty combination and besides, they perfectly suit the recipe request of my little sis’ Michelle. 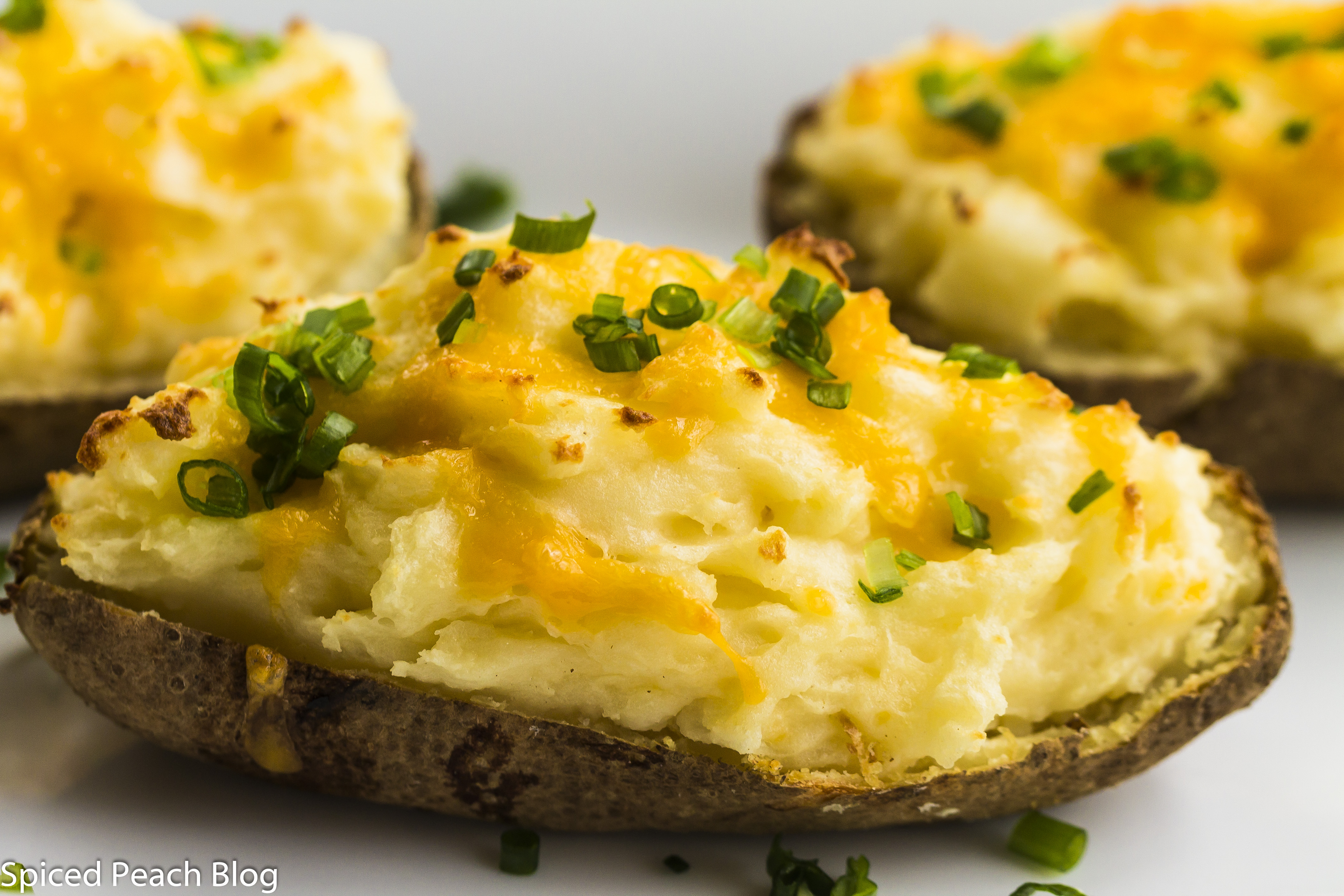