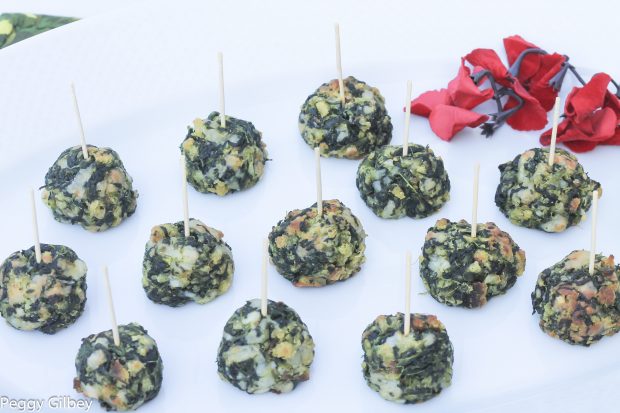 Once an hors d’ oeuvre standard of parties through the late eighties and nineties, Spinach Balls seem to have maintained their likeability even among more modern tasty bites. 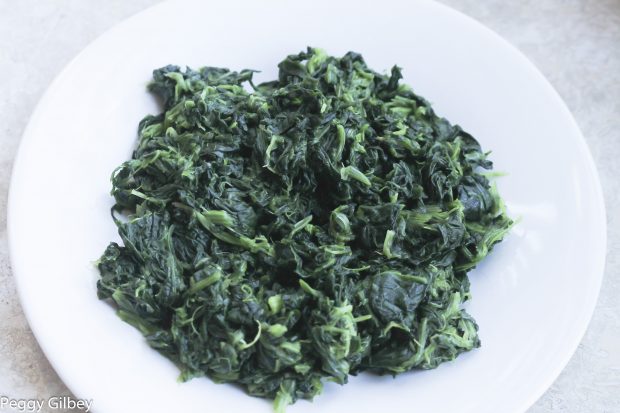 A Spinach Ball recipe appears on pages 505 and 506 in a 1919 Cookery source, “American Cookery.” This type of Spinach Ball was prepared for setting the balls into the center of a Chicken Soup or could also be served with a white or cream sauce as a vegetable with meat or fish. In those days, cooked, chopped, spinach was combined to a prepared roux based sauce using equal parts of flour, butter, and cream sort of like creamed spinach.

The description is interesting in its precise instruction “Have ready a small saucepan of boiling salted water; dip a soup spoon into it, then fill with the spinach mixture, rounding it with a second spoon as high above the level of the spoon as the mixture is below the level. Scrape into the saucepan of water, then repeat until all is used, let cook in the water at a gentle simmer until firm. Drain and serve as above.” (Drop the cooked balls into the Chicken Soup.) 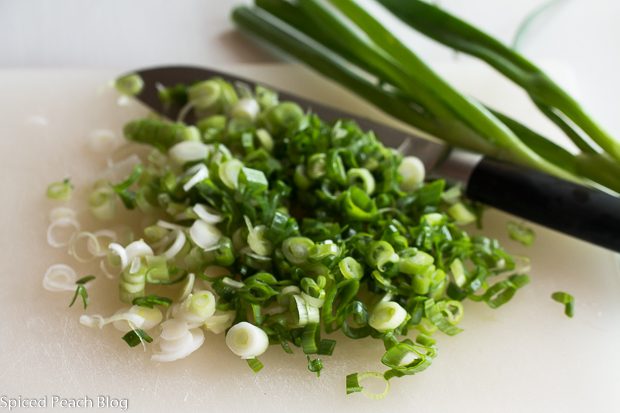 I also wonder if this type of detailed description ever intimidated women in the early years of the nineteenth century. Did such technique precision in early recipes cause some women to venture learning only a limited number of dishes in order to feed their families?

By all counts it appears that Pepperidge Farm could be an inventor of the modern day Spinach Ball given most recipes indicate a preference for using Pepperidge Farm herbed bread crumbs in the mix. They indeed have their own recipe but there is no claim to fame indicated, or that I could find. 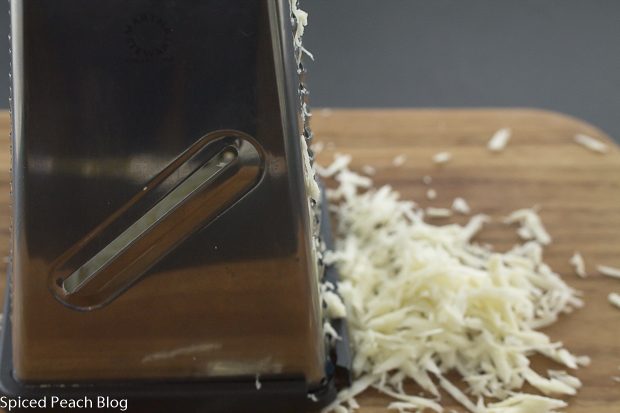 Today’s Spinach Ball generally utilizes frozen spinach combined with shredded cheese, and bready plus binding components. Interesting part is whether you use mayonnaise, eggs, sour cream or melted butter to the mix- they all seem to turn out relatively the same.

The Stove Top Stuffing route is very delicious though it doesn’t provide for added sponginess over using breadcrumbs that I had envisioned. But. Like I said, when it comes to modern day Spinach Balls, no matter the bread or binding combination they all seem to turn out as the same delicious bites still perfect for any occasion.