Got a box of Jiffy Corn Muffin Mix? If so, you can whip up these cute little hors- d’ oeuvre Muffin Tops in quick time, and, with no mixer required!

Today’s little appetizer also provides a nice little twist for the vegetarians among your guest list.

The main topping requires just one eggplant, sliced and roasted before chopping and combining with the  shallot, garlic, and spice mixture. A simple little dollop of Greek yogurt tied with a snip of fresh mint at the finish adds both a nice contrasting color pop as well as a balanced contrast to the eggplant spices. 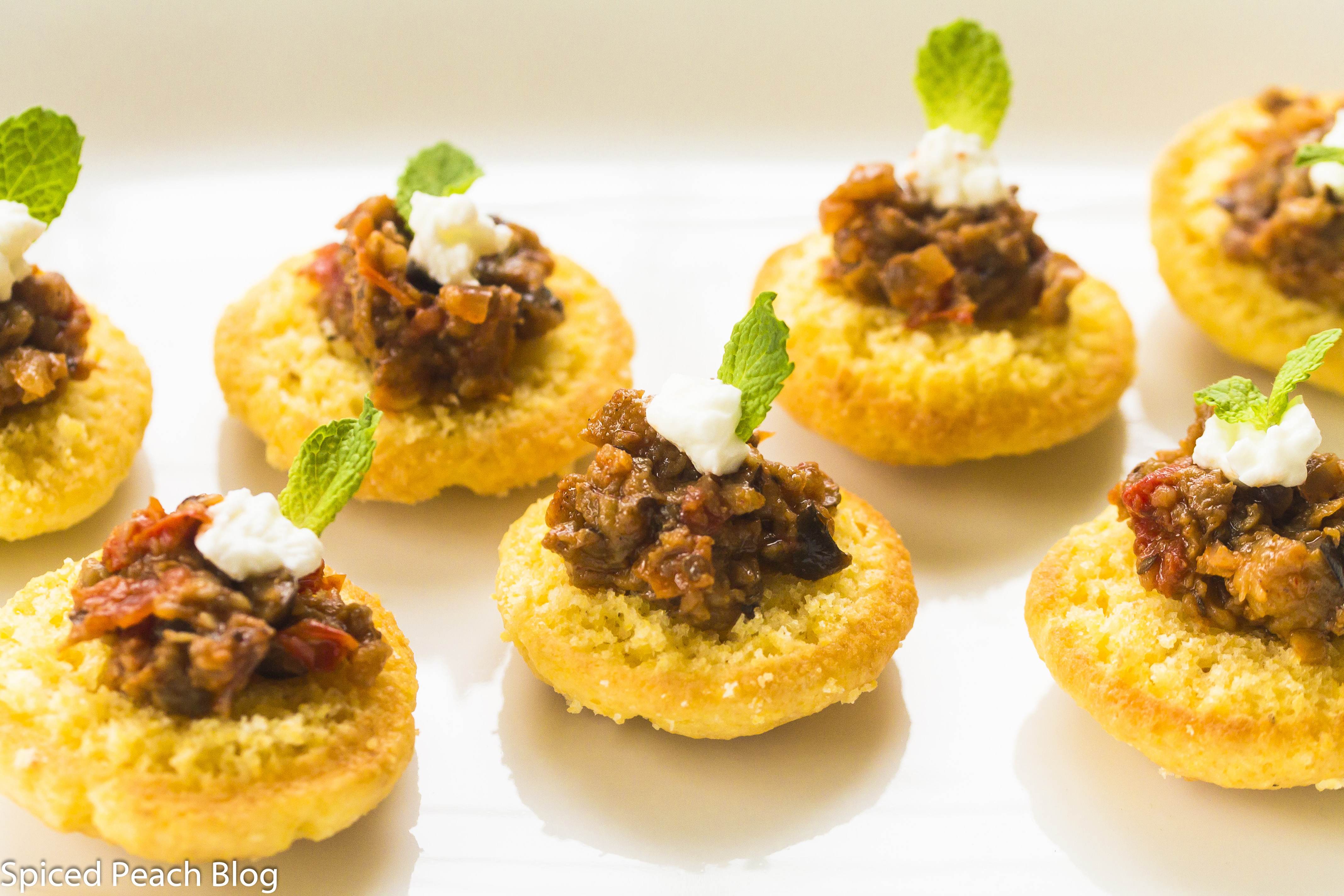