It’s kind of fun to enjoy some humor of food tasting origins like ‘Who thought it might be a good idea to try this out first?’ Really. Who’s first instinct was even to attempt  opening an oyster shell and upon opening it to put it in their mouth? Raw. Or to cook it some way. How about the prickly artichoke? How did people proceed with these newly identified ingredient possibilities? Perhaps the decider was a village elder who passed the tasting job along to the criminal in the tribe, the least liked in the group, or the perceived town idiot. If the taste tester survived, well, they had gained knowledge for sharing between the group and desirably, more good food was add to the repertoire.

When the late Penelope Casa’s cookbook, The Foods & Wine of Spain was published years back I became enamored with the use of saffron and began expanding on preparing dishes which incorporated its use, frugally that is, saffron being the most expensive spice in the world. I quickly learned the high end value of saffron visiting the former Spice Shop housed at the Reading Terminal Market in Philadelphia where the threads of deep red flavoring were kept locked behind the wood makeshift counter and carefully measured by the manager. Luckily you could purchase small amounts, enough to prepare at least a few dishes.

Saffron also makes me to ponder, whose idea was it to carefully handpick three little connected stamen threads from a crocus flower, taste it, and determine hey, this is the quintessential complement to many foods, we can make this the most expensive, yet highly desired, sought after of spices along the Silk Road and throughout the world? My exploration with saffron moved from pork and clams, to white beans with saffron and potatoes with saffron and risotto with saffron then on to Moroccan cuisine en route to India. The evolved knowledge also lent me the wisdom of being sure to purchase a good amount of saffron for a very reasonable price at the spice markets while in Kerala, India last year, or was it actually the year before? Does life fly by so quickly that it just begins to blend together?

Fortunately, we’ve been gifted with many versatile ingredients and preparations to enjoy, glorious saffron, the humble potato, wild cod from the ocean, and people before us brave and creative enough to be willing to test it all out first. 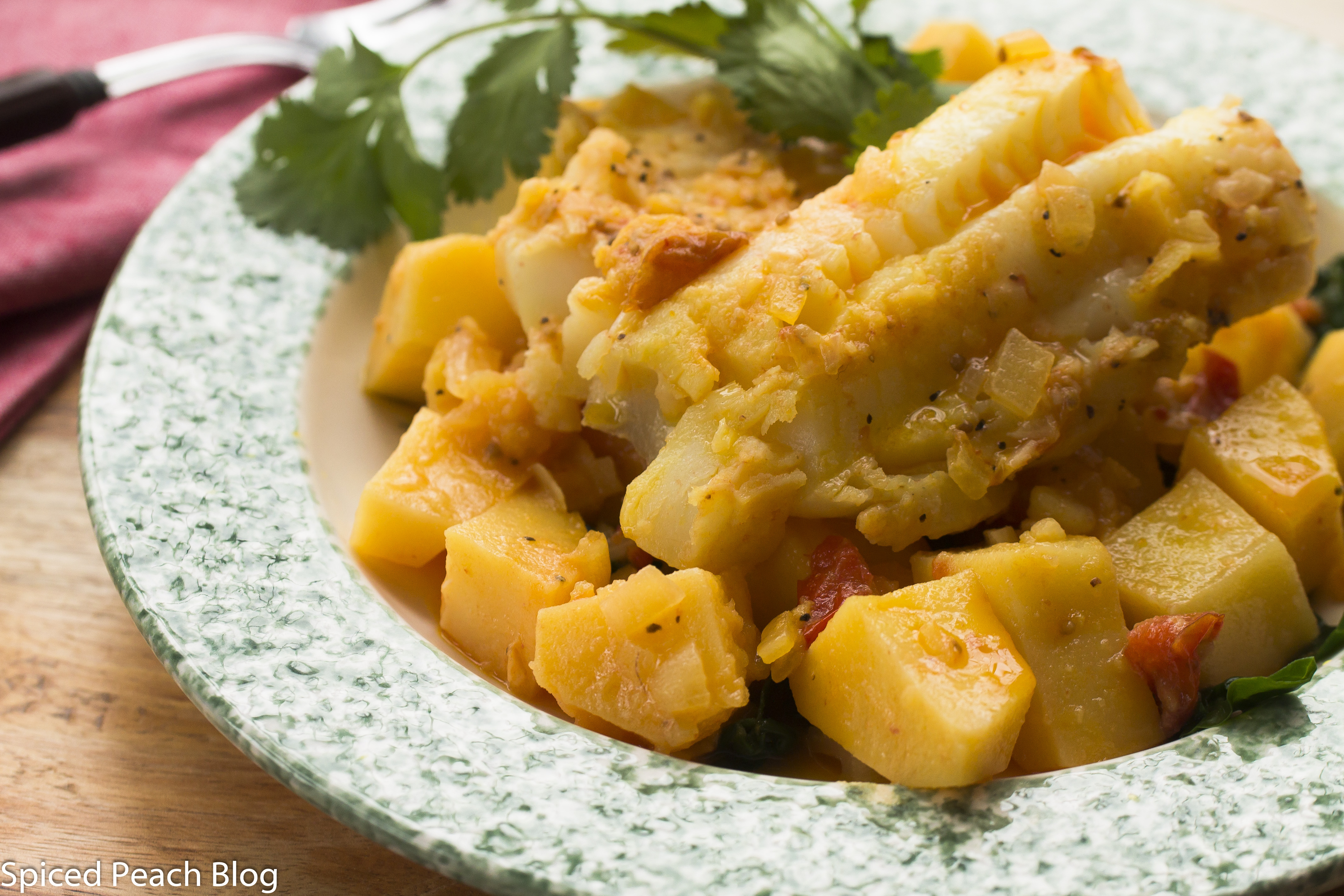