These Nachos are the easy, peasy, tastiest Nachos ever! It doesn’t much matter that the hot poured mixture could make the tortillas soggy- because after one bite- they will never last on any tray that long, in fact, it will seem that everyone in any crowd will near inhale them.

I’ll make a guess that this similar recipe was created many years ago through a manufacturer which may have been Hormel, or may have been something like Velveeta which was the original ingredient combination. Those Nachos were a huge hit among friends in Arizona.

Later on, once you were able to regularly purchase tortilla chips in supermarkets in Philadelphia I resumed preparing those delicious Nachos earlier prepared in Arizona, that is, until Tostitos emerged with their jarred variety of Salsa Con Queso- Medium providing an even tastier team in the lineup. 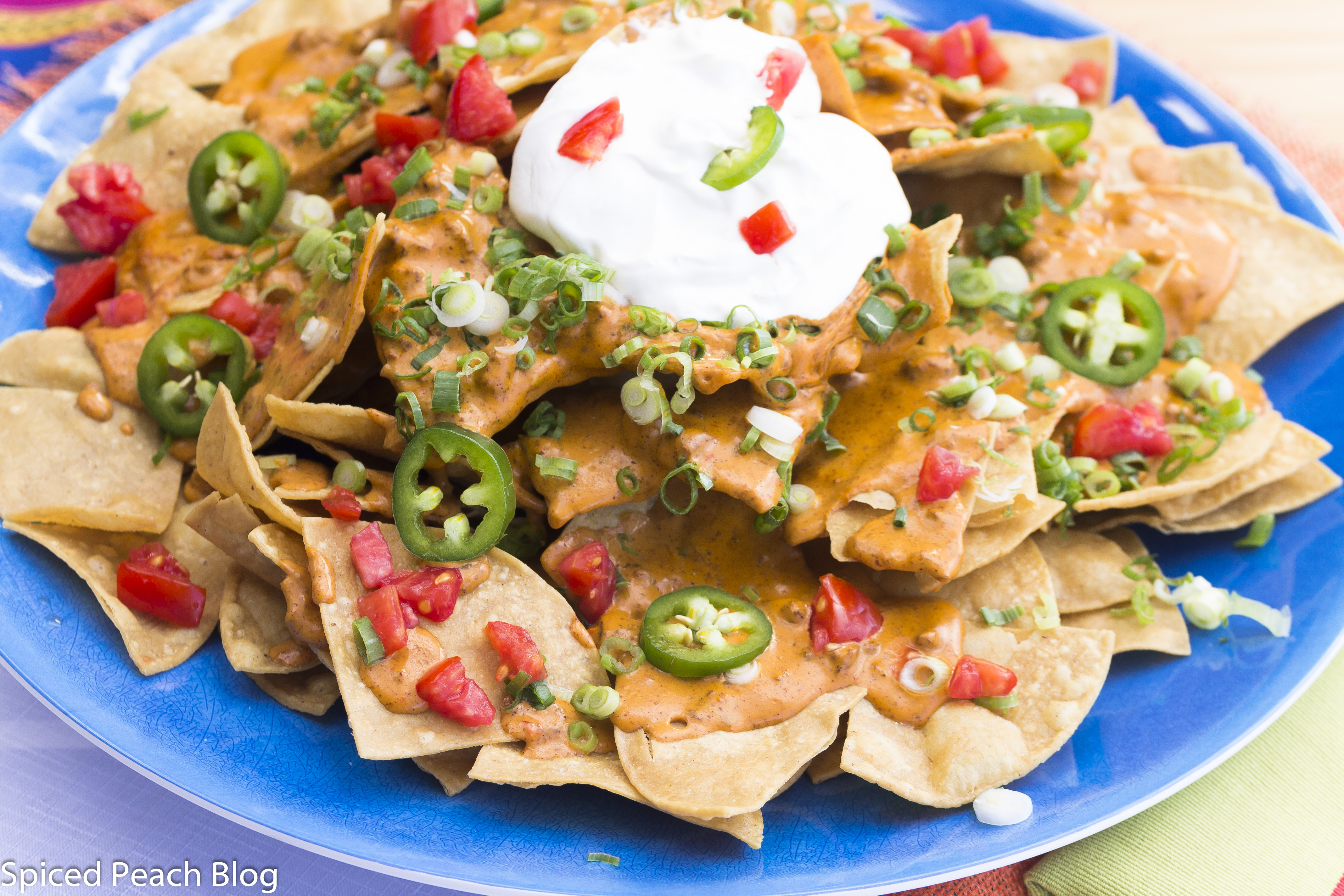