It is always interesting to me to see new fresh products sold at various markets, especially if it inspires immediate ideas on ways to prepare them. Last week I was at a Weiss supermarket, which is my current favorite among that genre, and came upon packages of these bright colored mini yellow and red sweet peppers, actually there was one orange colored pepper in there too. I thought they might be a perfect easy and light appetizer for the holiday season simply served on slices of baguette. Since the peppers really are mini sized, I decided to roast them then, instead of removing the skins just pulled off the top stems, cut the roasted peppers in half and simply removed the seeds.

Tossed with a little olive oil, salt and pepper then set onto a slice of thinly sliced baguette the bright colored appetizers went straight onto a silver tray for serving.

In less than three minutes, I was refilling the tray. 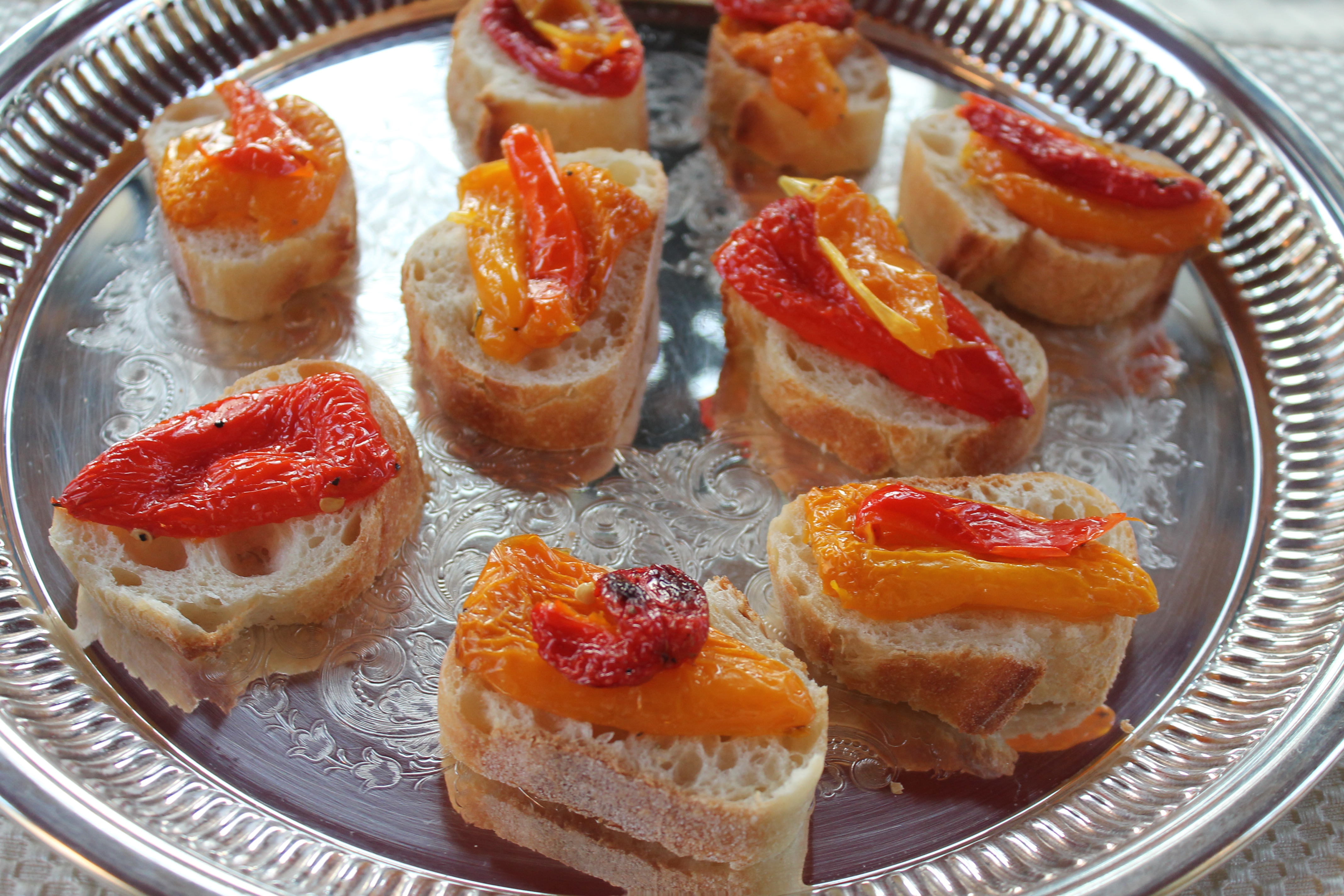