Perhaps its Karen’s modern-day twist on her recipe adapted from generations of Friedman family latkes that offers a bit more ease to Hanukkah.

Despite a hectic work and travel schedule throughout the years, Karen has continued sharing the annual Jewish celebration with family, friends, and neighbors.

This year marks the 24the year of sharing Potato Latkes for the Hanukkah celebration between us friends and next door neighbors.

Beginning with the candle lighting and blessing at sundown, heaping platefuls of the traditional fried potato treats are served alongside bowls of sour cream and homemade applesauce. Among the first residents moving into our new development in 1993, Karen and I struck an immediate friendship while making introductions on a large-sized bouncy slab of plywood leading to the entrance-way of our home which was nearing completion. Karen and her family had earlier moved into their newly built home just next door. The first of our many shared Jewish and Christian celebrations over the years actually began on that first Halloween. A building delay on the house prompted an invitation to enable Karen’s son Brett to trick or treat in the new neighborhood with our daughters, Danielle and Alexandra before move-in day.

Well, it was freezing cold and poured rain a good part of that evening but a grand time over a pizza dinner was nevertheless enjoyed by all and a very special bond between us began. Similar to Karen’s Modern Day Latke recipe, the gatherings between us many years ago always evolved to meet the times. As our children were growing up and participating in their varied activities, extended families taking turns between holidays, and a couple years later the arrival of one more son, Alec, our get togethers always maintained an ease of flexibility. Eventually, life’s shared occasions evolved to include moments from births to deaths and the many passing times of life’s seasons in between. Hanukkah, the Jewish Festival of Lights lasting for 8 days made it easier for us to gather on one of the nights, and then in the early days Karen’s Dad, an accomplished piano player in his own right, never missed a Christmas Eve at my home filling the house with beautiful music while playing a broad range of carols for guests to enjoy.

When two of our kids went off to college, my grandson, the J-Dude and his Mom were still there to participate in the Hanukkah tradition and during that time we never left Karen’s home without a  special latke care package for Alex to enjoy upon her arrival home for the semester break. Though Hanukkah is considered a minor Jewish holiday it is filled with fun, sharing a blessing, a celebration of family togetherness and friends, kinship. For many Jews in America, the favored food includes a bounty of potato latkes.

The potato latkes which are fried in the oil represents the historical legend of Jews returning to restore their temple from its destruction with a jar of oil left behind, an amount that should have lasted only long enough to provide light for one day, yet through a special blessing the light from the oil lamp lasted for 8 full days, the number of days in Hanukkah.

Children might enjoy spinning the dreidel a Hanukkah game tradition whose four sided spinning top with Hebrew words together means “a great miracle happened there.” Children also take delight receiving gold coins filled with chocolate symbolizing abundance and good fortune. Gifts too may be shared on Hanukkah. Some families may offer one large gift on the first night while some others may present smaller gifts on each of the nights such as books. Twenty-four years of Potato Latkes shared between us two next-door- neighbors at Hanukkah. This year marks another new beginning too, the first time Karen and I have actually prepared latkes together!

Years of shared traditions, holidays and celebrations. Two families, Jewish and Christian, friends and neighbors, three generations now between them, with their own story and unique family of kinship. The grandest blessing of a lifelong bonding begun with a simple introduction of two soon to be next-door neighbors on a bouncy slab of plywood. 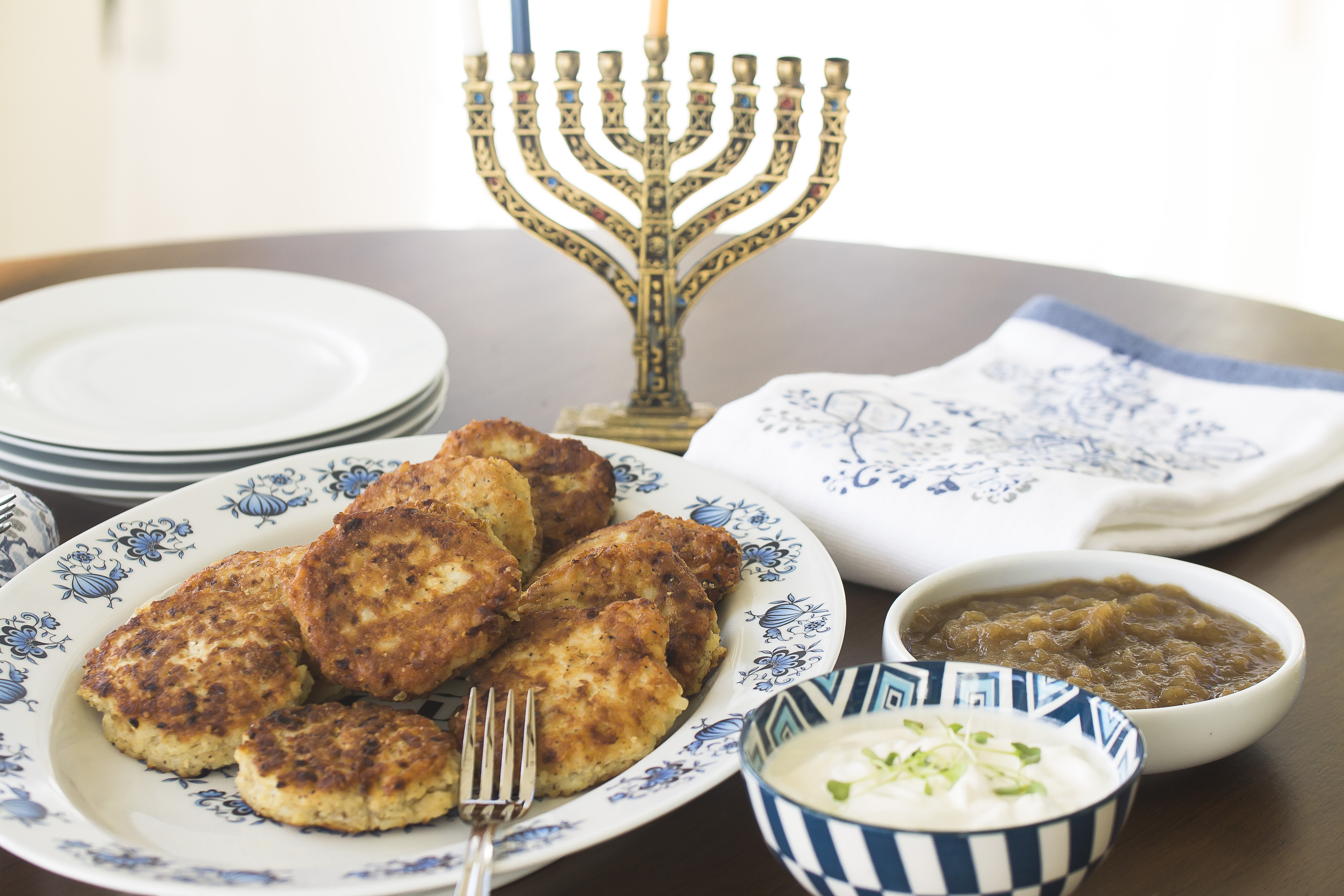