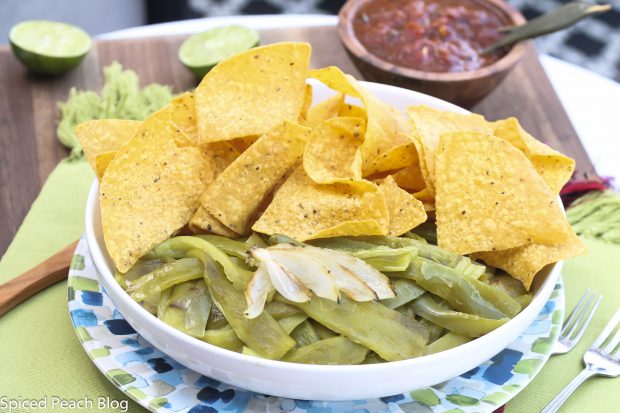 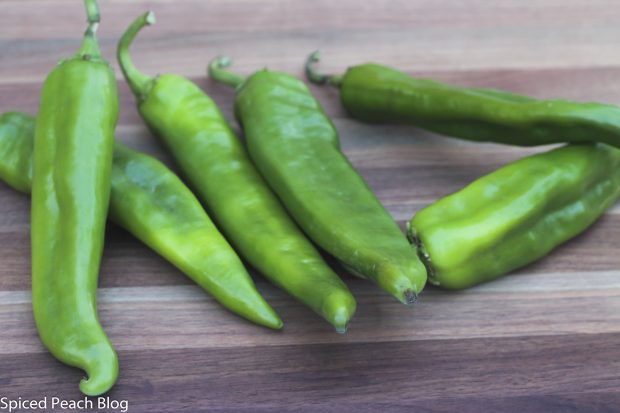 Hatch is actually a valley in New Mexico and if the chiles are not grown in that state, well then, they cannot be designated with the name “Hatch Chile”. 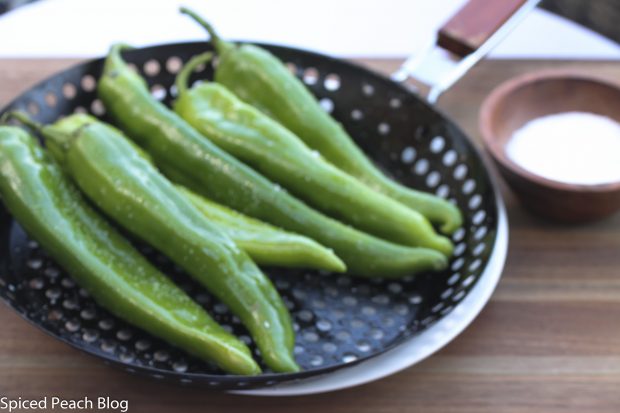 I’m not sure about today, but even a couple years back Hatch Chiles were not readily available in east coast markets. Some people buy them frozen but with all the excitement reading about the fresh Hatch Chile season over the years I never thought to check out that section in Mexican markets.

Grilled or roasted Hatch Chiles along with its accompanying sauces do freeze well so a little extra preparation in the late summer provides for lots of tasty dishes in the season ahead.

Abundant and inexpensive in Las Vegas, the fresh clean scent, even a half a dozen in a clear plastic bag produces a slightly spicy aroma, enough to tickle the nose.

Though Hatch Chiles have a varied heat range, I wouldn’t actually call this variety “hot”.

Once grilled, the flavor has more of a pleasant zing. At first bite, the chiles impart a heat level somewhat similar to a jalapeno, perhaps less than more, but once in the mouth, the spicy level intensifies tingling the center to the back of the tongue a bit. 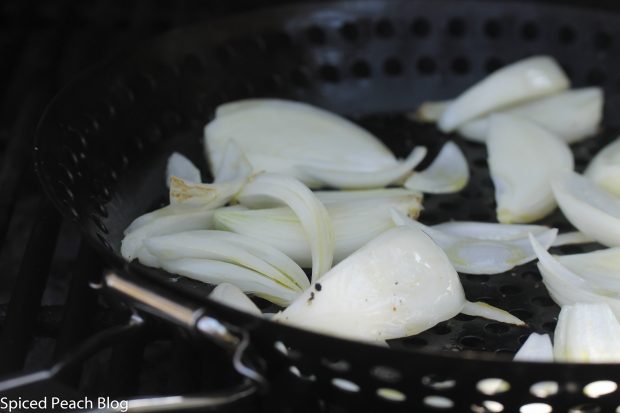 Grilled or roasted, the Hatch Chile is often described as having a slightly smoky flavor enhanced in its heating process. Hatch Chiles are used for sauces, salsas, and within a broad range of southwestern or Mexican inspired dishes.

Though not featured on menus, you can request a side of roasted jalapeno peppers and onions at some locally owned Mexican restaurants in Las Vegas to go along with your chips, salsa, and guacamole appetizer. This tasty starter isn’t fancy in fact, you may see a bit of remaining blistered skin and perhaps a few seeds in the mix. With the Hatch Chile in season, these are now the featured roasted pepper upon request tossed between roasted sliced white onion and hence my inspiration for today’s recipe.

The season for these choice peppers is rather short-lasting from late summer perhaps through September with the earlier part of the month having a designated Hatch Chile Festival in Hatch New Mexico.

Get em while you can and enjoy the celebration in the festive zing of spicy delight, its New Mexico Hatch Chile Season!