I recently had the pleasure to experience the uniquely flavored Colombian style soup, Ajiaco with Alicia for the Blue Bell magazine monthly food feature.

Ajiaco, whose base is a chicken and broth soup imparts most of its distinctive flavor in the later addition of guascas, the antioxidant packed dried herb which in its fresh form is also considered both a weed and a leafy green commonly served as a vegetable in Colombian meals.

Since Alicia has not yet found guascas readily available at any local or ethnic markets she purchases the Kiska brand package through Amazon.

Traditionally, Ajiaco is served alongside a bowl of capers with either heavy cream or sour cream but the ingredients that provide the soups natural thickening include the use of 3 types of potatoes, and in the final simmering, the starchy ears of corn which add a lively color combination between the green  guascas speckles and the addition of some finely chopped scallions that Alicia sprinkles in for a little extra crunch.

Ajiaco is a considered a Colombian comfort food and is often served on weekends and holidays including in Alicia’s home where this soup reminiscent of her heritage is a real family favorite. With a fresh steaming pot hot off the stove we took a quick photo shot including Alicia’s son. But just to note, there was an athletic teenage cheerleader daughter waiting in the wings to ladle up a big bowlful. I can’t blame her. I’d be waiting in the wings too, any season of the year for a steaming hot bowl of this uniquely distinctive flavor. Could you please pass the capers and cream? 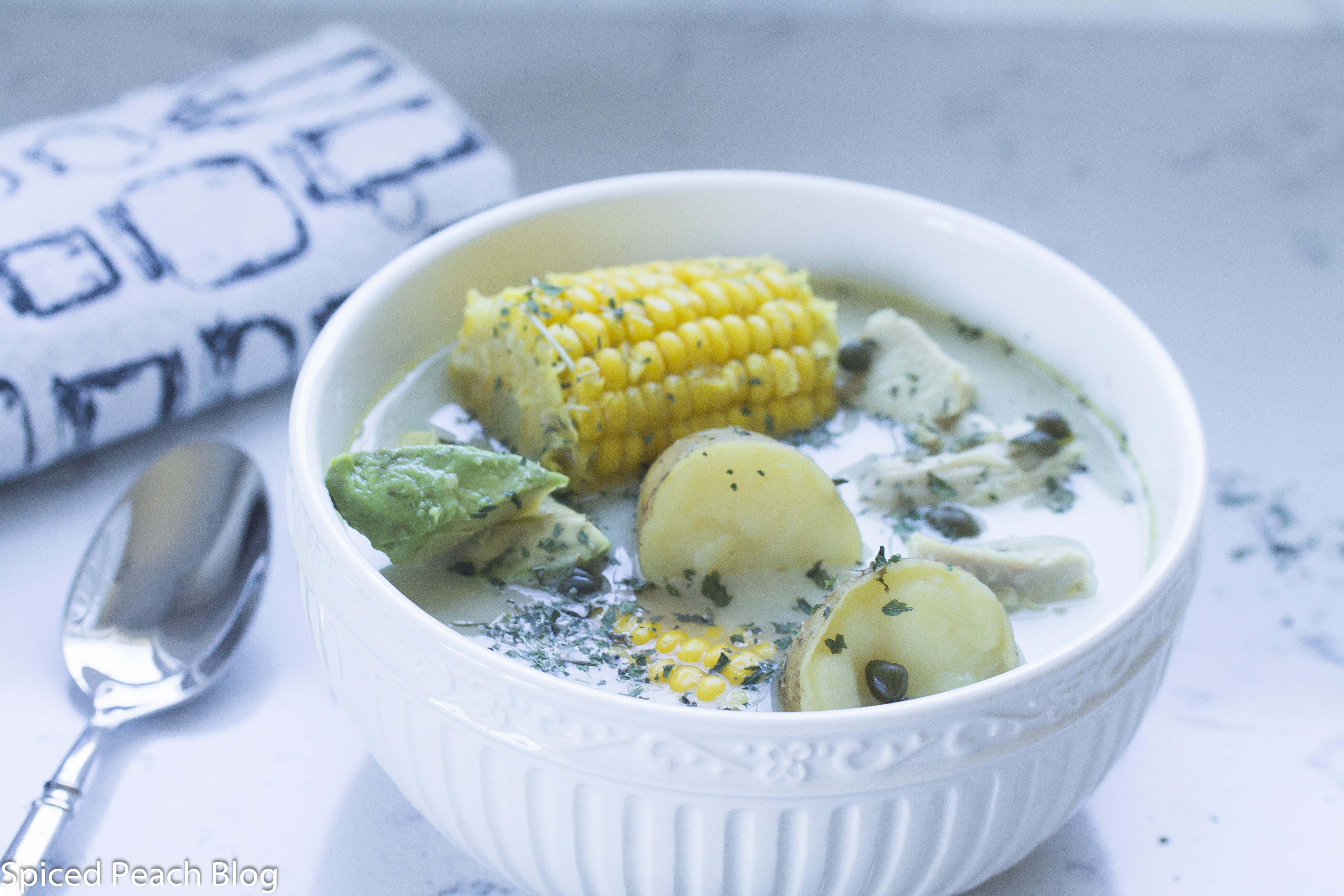