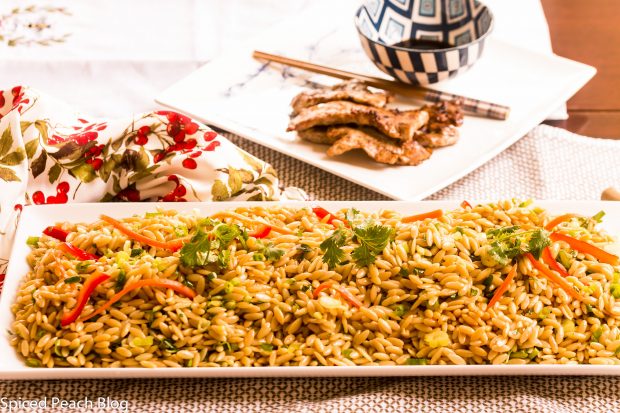 Asian Style Orzo is simple to prepare and for years, this fusion dish has pleased a broad range of tastes among everyone it seems, from every type of cultural background, the mild to the spicy and varying culinary preferences in between.

Within my own family, this dish has one of the most meaningful roots of tradition. I have never shared this recipe before and that is because I have never written it down and have always mixed the sauce by eye and taste.

Although the sauce stays the same, Asian Style Orzo can be very flexible with a variety of vegetables. With only four ingredients in the sauce, the key is paying attention to the way the sauce absorbs into the orzo or adding a little extra sauce later if you make the dish ahead of time. 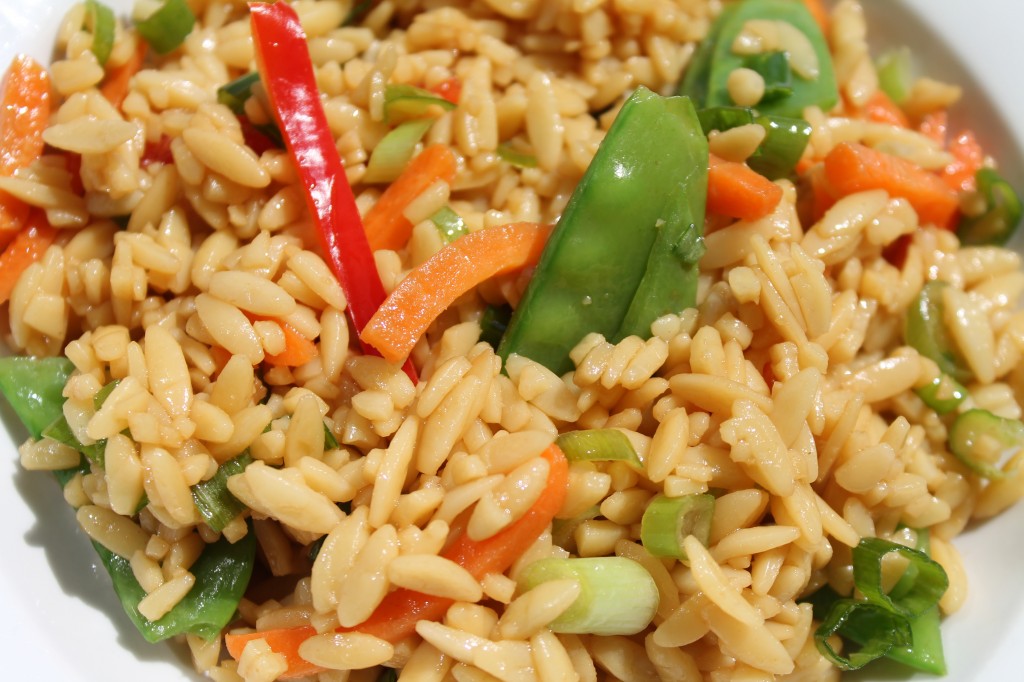 I began making this dish while cooking professionally in restaurants years ago and about that time Asian ingredients were emerging into the mainstream of culinary use. Also at that experimental time of merging Asian ingredients, my husband and I eagerly awaited the arrival of our first daughter from Korea, Sooky, who would join her new parents at three months of age in her new home in the United States. 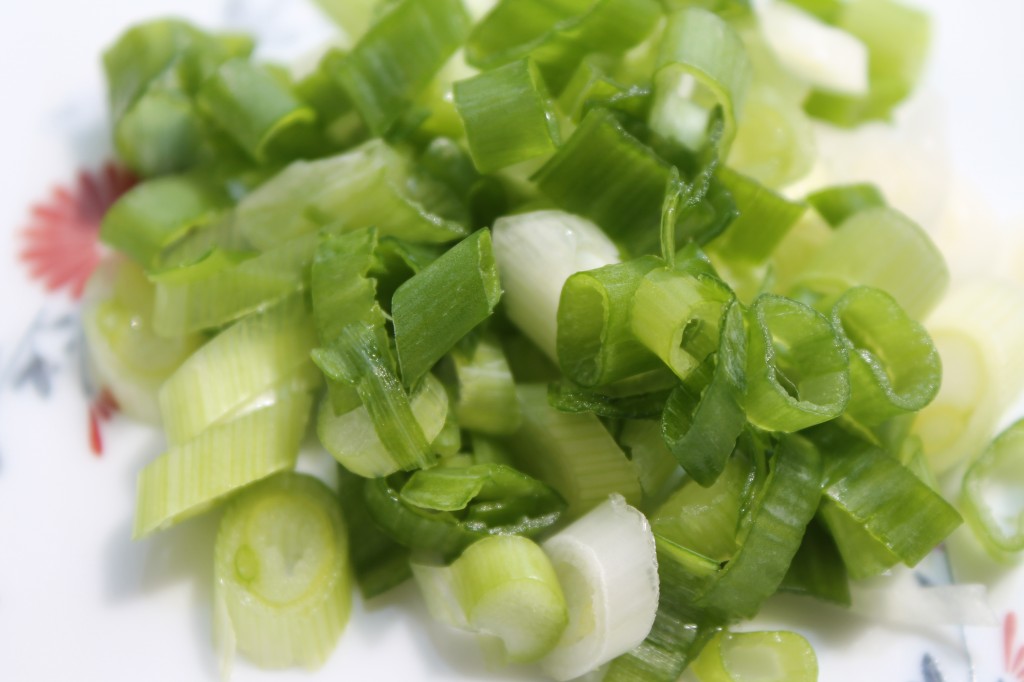 I spent a lot of my free time those days visiting Korean markets, reading cookbooks and learning all that was available on Korean and Asian food. To put this time in perspective there were no sushi restaurants: the closest thing we had to raw fish in Philadelphia was likely raw oysters at the Sansom Street Oyster House.

Soy Sauce was not a common staple in households across America! 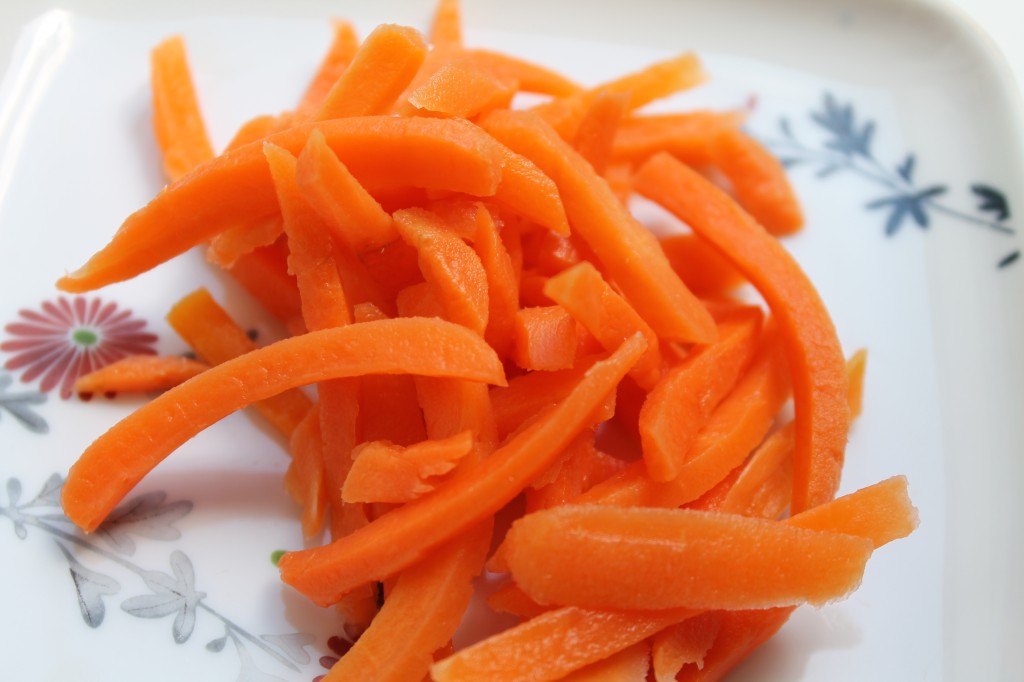 Asian Stye Orzo, with soy sauce, was likely my first true fusion dish that I prepared at home. This came about plotting the celebrations ahead with Sooky’s arrival. It was important that friends and family embrace the Korean foods and culture with us. 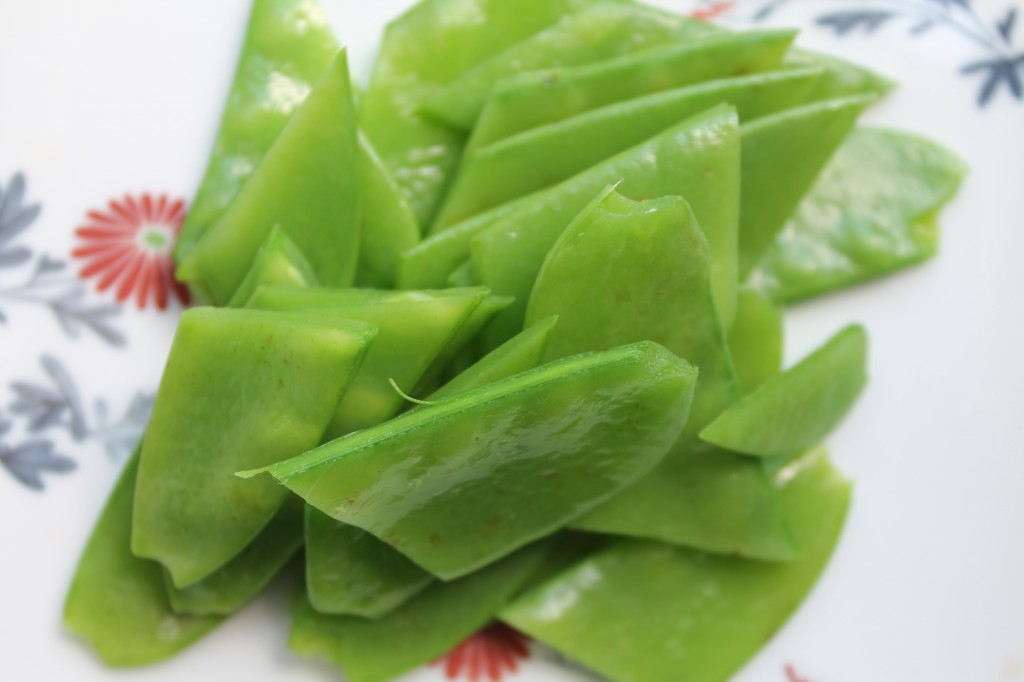 If soy sauce would be a new taste to guests, can you imagine my worry on serving Kimchi, fermented cabbage covered with red hot pepper sauce? Therefore, instead of thin strips of marinated beef rib eye that guests themselves would have to wrap in lettuce leaves and top with red pepper paste, I created: “The Korean London Broil,” grilled and sliced just on the desired diagonal, but marinated in the traditional Korean bulgogi marinade. It was an instant hit for Korean food among family and friends, including those of the older generation. Along with this was served, Asian Style Orzo, and yes, we did serve Kimchi. 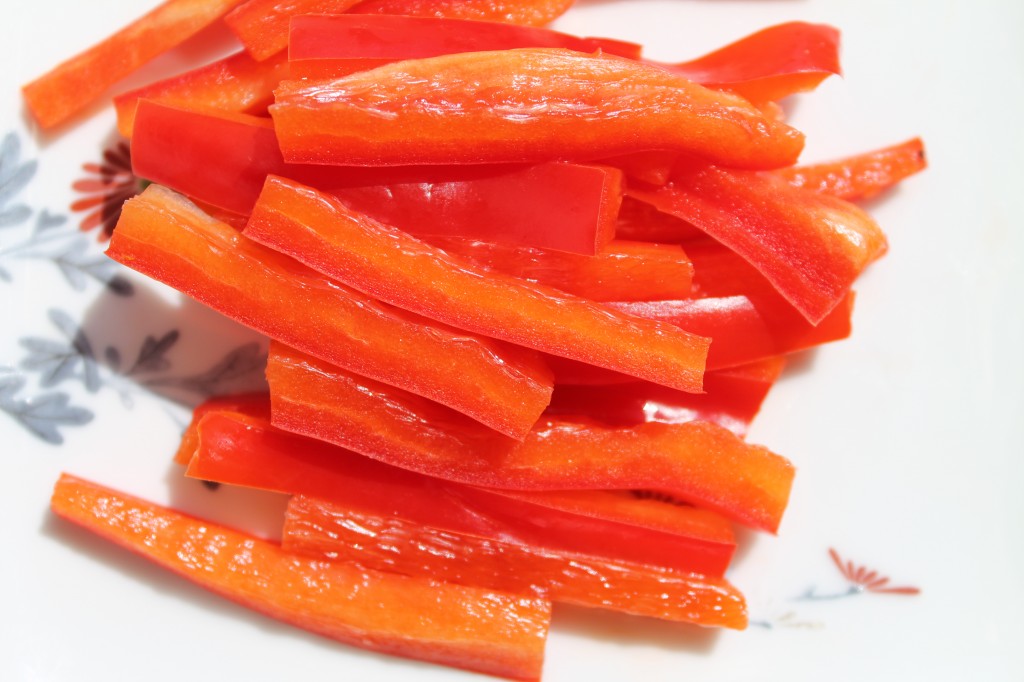 Over the years, “The Korean London Broil” faded.

Besides eating bulgogi on lettuce leaves with hot pepper paste,  family members and friends ventured into trying and enjoying a broad variety of Korean foods and beyond from among many Asian Cuisines.

Still, Asian Style Orzo, remained. It has always been one of the key introductory side dishes to serve to those who were not so familiar with Asian food. It is also the first dish I prepared eighteen years ago when I joined a group of women from around the world that would meet monthly to share their cultural foods together and eventually forge close friendships eventually dubbed, The Ladies International Group.

The ladies still love the dish and if I have occasion to make it for them, I then add in a little more hot sauce.

Today I have now transferred the Asian Style Orzo to Tailgates, and if there is ever a week we might need an extra salad on the table, I make it. When you make this dish if there is ever any left over, be prepared, because not only your family will want it, people will always ask if they can take the rest home! 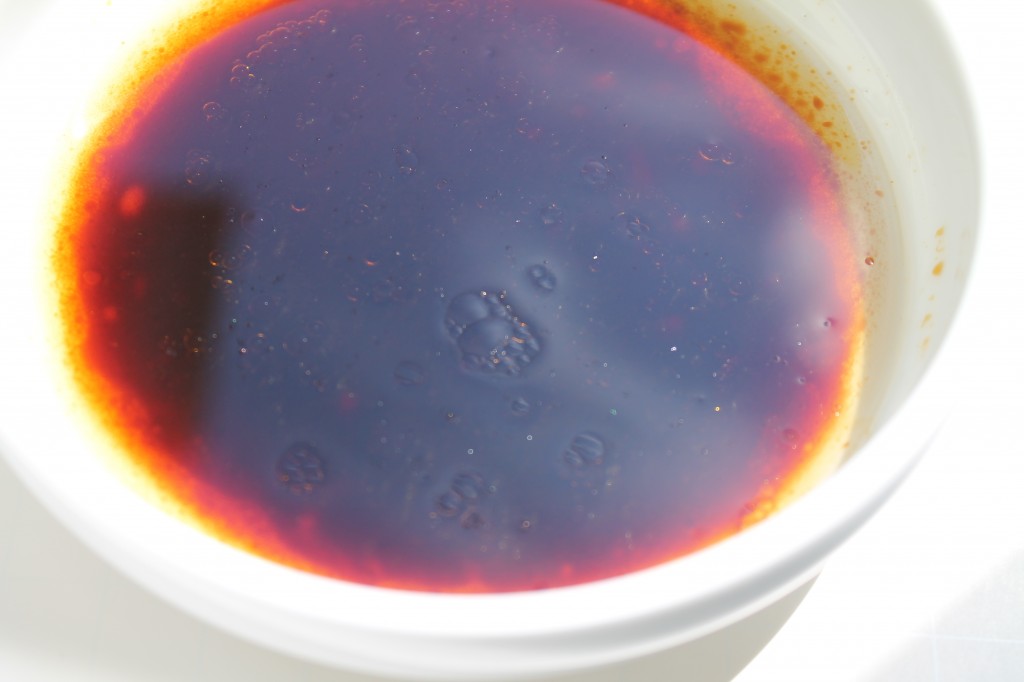