Panzanella is one of those little dishes where you get to blend together big seasonal flavors like juicy ripe summer tomatoes along with other complementary fresh ingredients and then, just in its finish, proving the brilliance of Italian cuisine, you get to use up your day old crusty bread by tossing it through and mixing it all up together thus creating one beautiful, tasty salad. Wow. Today’s Panzanella star, besides the juicy ripe tomatoes and the nicely baked off bread chunks from a crusty loaf features artichokes mainly because they looked so good freshly placed in the olive bar section around the corner form Carolyn and Roger’s home in Vegas. Simply dressed with some garlic, red wine vinegar, and olive oil then finished with a good handful of fresh sliced basil this Artichoke Panzanella made the list of five star salads to serve at any next gathering this BBQ season, including the upcoming 4th of July. Happy Celebrating! 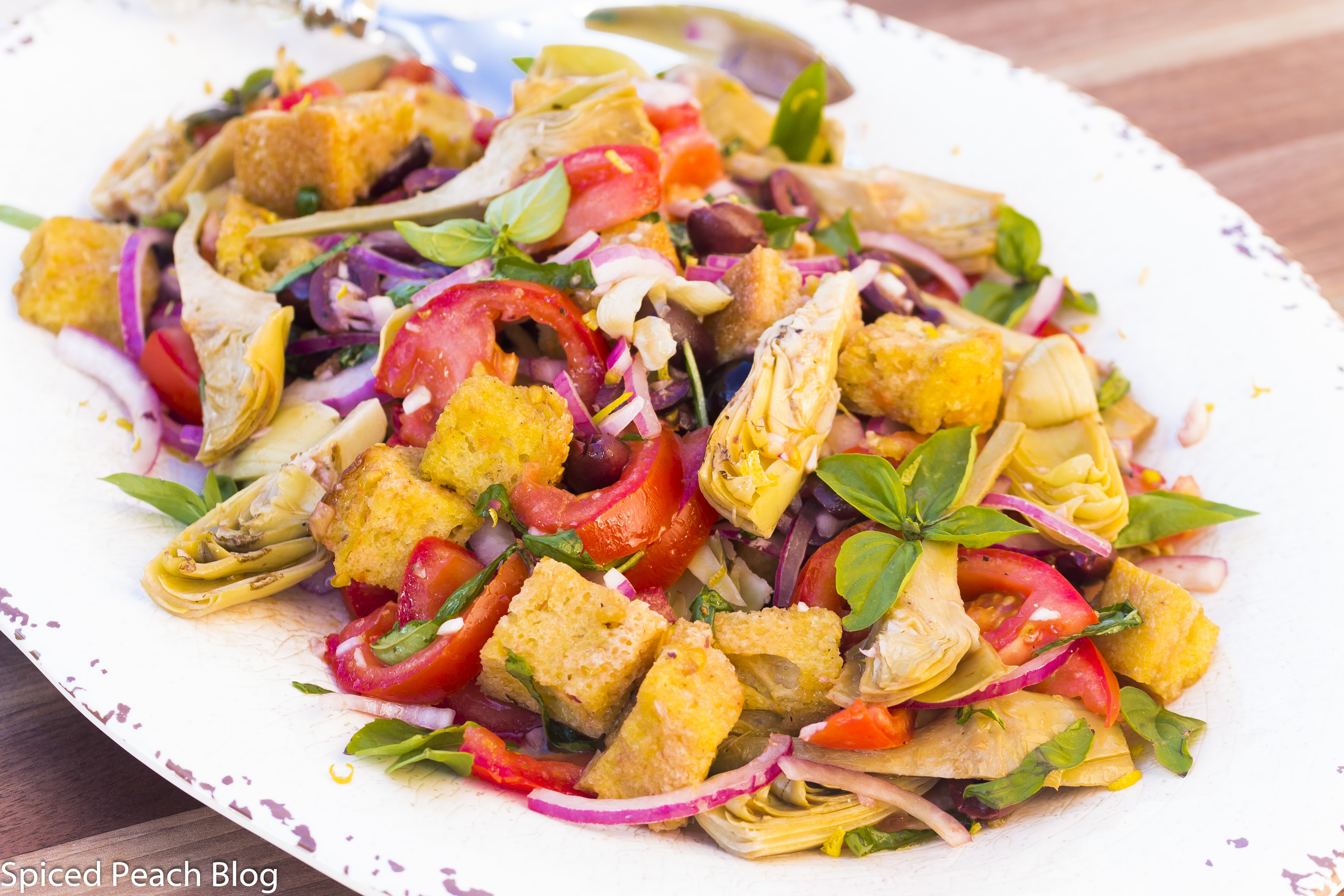