With Aunt Betty’s 92nd birthday coming up next week what better way to pay tribute than preparing an Apple Brown Betty with Raisin Bread?

The traditional Apple Brown Betty, including in Aunt Betty’s era was prepared using the crumbs of more common stale bread such as a white bread but I thought the Raisin Bread twist would provide some added flavor and sweetness. And it did. My grandson, the J-Dude and I picked these apples at the orchard of the DelVal Market in Doylestown a few weeks back. Every season over the years I’ve always taken a ‘picking’ the fruit photo at our PYO Farm visits. But this seasons photo, oh my gosh, my once little grandson has grown so much! The apples were sensational. So perfectly crisp with combined hints of tart and sweet.

I really wanted to maintain the flavor of the apples in today’s Brown Betty so I only used a quarter cup of brown sugar to 3 large apples. If you prefer more sweetness, feel free to add more brown sugar! Apple Brown Betty is an old American recipe, so easy to adapt and assemble.

This dessert reminds me of a time when families often served a dedicated dessert following dinner each day, including the daily after dinner sweet treats from the kitchen of my Aunt Betty.

The simplicity of this dessert provides for merely having a few apples and a few common pantry ingredients,including some stale bread crumbs which lend a crunchy touch between the brown sugar and butter. After preparing the Apple Brown Betty using Raisin Bread a couple of times now both in little pie tins and using a large pie dish, I’ve decided its a best pick in my repertoire of fall desserts. Its also a new little recipe commemorating the 92nd Birthday among one of the greatest Aunts of all time! Happy Birthday Aunt Betty! 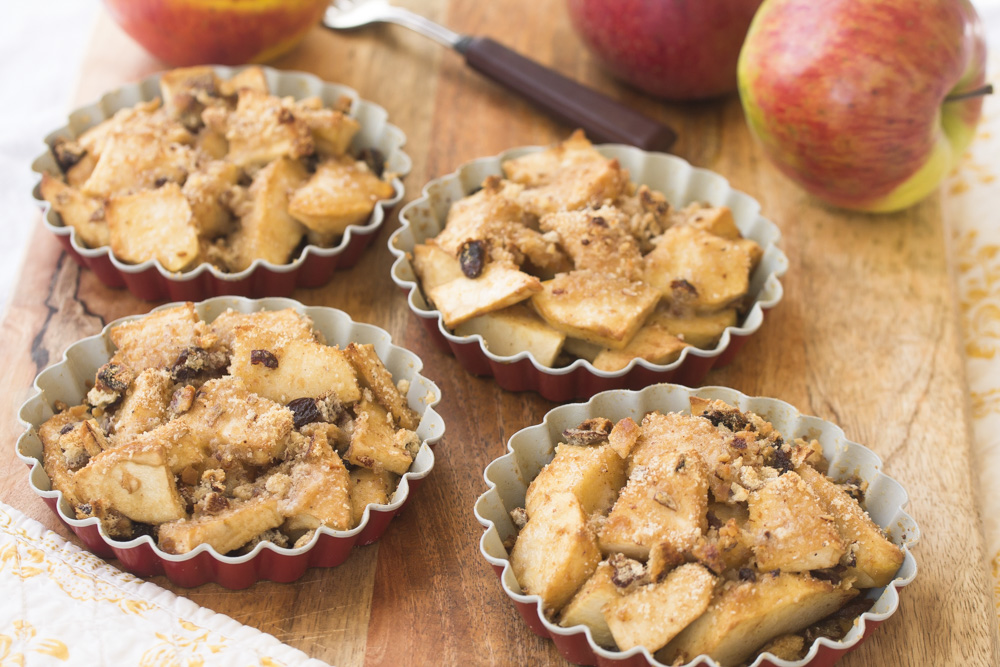