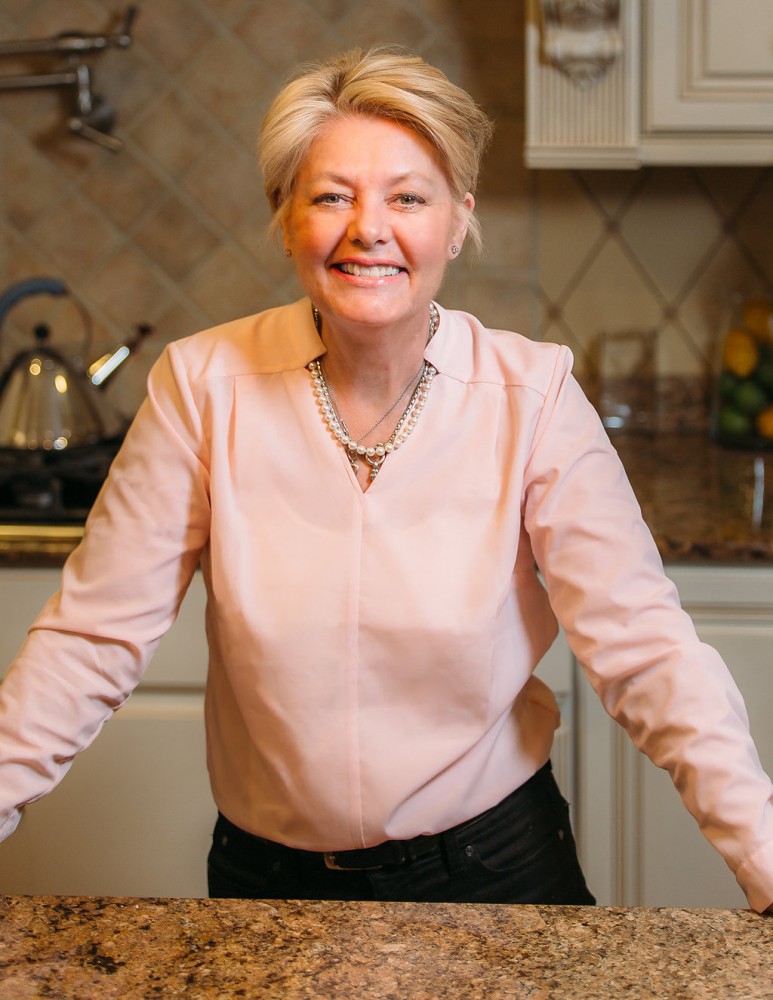 Welcome to the Shared Table along the spice road of food and friendship! Thank You for visiting!

We feature seasonal recipes with an international twist and always an open table to all.

In many ways this blog is a reinvention in my own life, yet it circles right back to where I began, the home from where I was born where my grandmother from Ireland owned and ran a butcher shop and grocery below, growing up in the food business, college studies in agriculture, writing articles on food, farms, seasonal produce, chefs, cultural foods and cookbook authors for nearly ten years with a regional newspaper, along with assorted freelance magazine writing and cooking professionally in restaurants.

Through this blog, I will pick up the conversation where it left off years before along with sharing many new recipe tested dishes with you. One difference in my food experience today from where the conversation began, includes the many new foods and spices I have learned through my own multi-culture family with two beautiful Korean daughters, and two half-Vietnamese grandsons, along with friends from throughout the world, one group in particular called “The Ladies International Group.”

Our Ladies International group was begun as a friendship circle over twenty years ago for those recently relocated from other countries throughout the world. The friendship group all began in one simple way, sharing food together.  It was at the tables in their homes and our collective buffets that we have shared the simple to grand celebrations of life always including a broad range of cultural and regional dishes that eventually influenced my own food preparations.  I believe you would love many of these cultural foods too and I hope to share many of them with you along with their interesting blends of ingredients.

As my youngest daughter began playing Division 1 field hockey, so began the twice-weekly seasonal table of the Team Family Tailgate. These tailgates involved the families of the athletes preparing fresh, healthy, and plenty of hearty dishes, with lots of grilling in between and all shared together following games. Among the delicious recipes, you will find lots of tips that provide for creative preparation techniques and coordination that I have found similar to catering. You too might find that its concepts can also be transitioned to BBQ’s, picnics, or year-round Potlucks.

We’ll share a variety of quality homemade dishes and whenever applicable will credit the innovative history or developer.  Any products that I recommend or share with you will only be those that I believe would be helpful to your dish preparation.

From the Philadelphia region, in Blue Bell, Pennsylvania, I warmly welcome you and invite you to share your comments. You can also contact me by email: Peggy@SpicedPeachBlog.com

You can learn a little more about some of my additional past food experiences below.

One of the greatest lessons I have learned in life is that if you have a true heart to share food with others your life will always be full and you will never feel a lonely moment.

Wishing you a very full life and thanks so much for joining me along the spice road of food and friendship!

My love of food and culture actually began mesmerized on Sunday afternoon trips spent venturing to restaurants across the border into Mexico when my family lived in Texas long before I ever learned to cook. These experiences instilled in me a lifelong love of scents, spices, and cultural foods.

In my native city of Philadelphia, I then embraced the Ukrainian culture of my local school whose celebrations would commence by the women who would gather in the kitchen preparing varieties of stuffed, steaming pyrohy (perogies)  and holubtsi (stuffed cabbage rolls. ) I loved those cultural events!

Later in high school when my family moved to Arizona I not only became positively captivated by the sheer beauty of this state, I was equally awestruck with the Native American women that seemed to be everywhere from reservations to school borders with heavy skillets in the open air frying and flipping over their soft, round, puffed up fry bread. These became one of the showcase foods for our east coast visitors pleased to choose between those filled with green or red chili beef, or simply served with dripping honey and powdered sugars.

In those days I also became accustomed to Tex-Mex, and I love the Arizona style, in particular, the chimichanga! There was also the good old fashioned mesquite steak cook out and cowboy beans. Much of my time over those years was spent hiking mountains, camping out, and enjoying sunsets at lakes with dear friends that opened my world to many new things for which I will always be grateful! Incidentally, my dearest Native Arizonan eventually opened a Tex-Mex restaurant and I hope she will share a recipe and story along this blog journey!

Always heartened by the many ways that food brought people together from the simple to the complex I was greatly influenced by many happy memories and experiences in my slice of Americana past from Sundays at the home of a very calm Aunt Shirley who I always wanted to be like, she radiated such gracious  goodness.

In Aunt Shirley’s kitchen sometimes even weekly, the family women would gather while chatting and peeling mountains of potatoes, carrots, and onions before a large roast was put into the oven and served with rich gravy and biscuits to somewhere under fifty people hours later.

My Uncle Mike, of whom one of my favorite memories of my summer visits was our daily sharing and critiquing of different types of baguettes, Italian breads, soft, dense, crunchy, crusty, smearing each slice with butter at the kitchen table.

Uncle Mike was both a fisherman and a hunter with mostly an annual freezer full of venison for stews and chops to be prepared in the winter months by Aunt Betty whose simple approach was always using the best and freshest fruits and vegetables with each their proper preparation.

Aunt Betty’s dinner feasts literally served around fifteen fresh vegetable side dish combinations (think again if you think pickling is a new invention!) Decoratively lined along the side counter lined were homemade desserts!

The one commonality between both sides of my family consisted of people who generously cooked and shared food with others, and in such a dedicated way that this will always be the heritage I treasure most.

Growing up in the Food Business

Much of my childhood in Philadelphia was spent learning and working all aspects of the family food, bar and delicatessen businesses under the direction of my father.

A particularly eager kid, I was making deli trays by about the third grade, cooking bar food not too much later, and learning the fundamental elements of event planning through what was always the biggest bar event of the year, the annual St. Patrick’s Day Party.

In the deli my multiple 10 minutes of fame in life consisted in customer’s willingness to actually wait longer in line for the young girl to make their sandwiches, no kidding! These experiences and exposures with many different types of people instilled in me an understanding and sensitivity that food and its preparation was not just a service, but an individual and community commitment, a way to make people happy and share love toward others.

Among my favorite memorable food events was years ago through a great opportunity with a regional newspaper to annually cover a Philadelphia event called: The Book and The Cook. This brilliant “collaborative culinary adventure” over the course of a week would bring in cookbook authors and foremost food authorities from throughout the world pairing each with a city restaurant or food venue to design and create meals together, thus bringing great food interest, dining experience, and business to city restaurants.

True to common sentiment, I have always found those who work in the food community to have the personality tendencies of big-hearted people with open minds and generous spirits and the Book and the Cook tended to enhance all of these types together in one place making it seem grander than life.

There were many memorable meals, amazing authors, fun after- parties; still, my favorite time was being seated at the original opening dinner next to the author of Foods of Italy, Giuliano Bugialli. Following dinner, Giuliano provided a generous invitation to join in on a get together with a few other cookbook authors which also included the late Pierre Franey, former New York Times 60 minute gourmet columnist, and Julie Sahni author of Classic Indian Cooking. It was an evening of interesting, funny food stories and spirited discussions that provided a memorable time never to be forgotten.

The Back of the Kitchen, the Restaurant Kitchen

Surrounding the years of the Book and the Cook while writing food articles and taking some cooking classes here and there, similar to my childhood, I frequently found myself in the back of kitchens.  They were far more sophisticated kitchens than what I had known but good memories and love of food took hold of me. During this reflective time, I heard the repeated question over and over “Who leaves a good job and wants to do all that hard work in a kitchen?”  At the time I was familiar with many restaurants, chefs, food styles and reputations in the city.  I wrote a letter to who today is a James Beard Award Winning cookbook author and teacher, Aliza Green. Aliza was an early leader among female chefs in Philadelphia; former Executive Chef of DiLullo Fox Chase and at the time was Executive Chef at Apropos, an upscale trendy part New American, part Mediterranean cuisine bistro located on Broad Street in Philadelphia.  Within a week I was meeting with this very genuine, inspiring woman who had worlds more knowledge than I, but who drew in an understanding and commonality with other women who also cared about excellent ingredients (yes, ironically now one of her cookbooks: Starting With Ingredients.) and their preparation. Forty-five minutes later I was soon to be starting my re-entry into restaurants. I loved these times at Apropos developing in the business and learning so much about different foods, their preparation,  and unlimited combinations.

Before restaurant transitions would develop at Apropos and I would eventually work at the French bistro, Odeon, under owner Gary Bachman and Chef Dave Ballentine respectively from restaurants, Frog and La Terrase, I would work under other distinctly different but talented individuals  Kevin Von Klause and Derek Davis. Kevin, now a partner at restaurant Farmicia, went on to Executive Chef at the White Dog Café and co-authored a book with then owner, Judy Wicks called: White Dog Café Cookbook: Multicultural Recipes and Tales of Adventure From Philadelphia’s Revolutionary Restaurant.

My final stint before the arrival of my first daughter was closer to home at a train station bistro outside of the city called Greenwood Grille. Throughout those years I worked in just about every food capacity except as Executive or Pastry Chef though there were times I also helped out here and there with pastry desserts. I am grateful for all of these different experiences, many talented, interesting people, and the learning opportunities they provided.